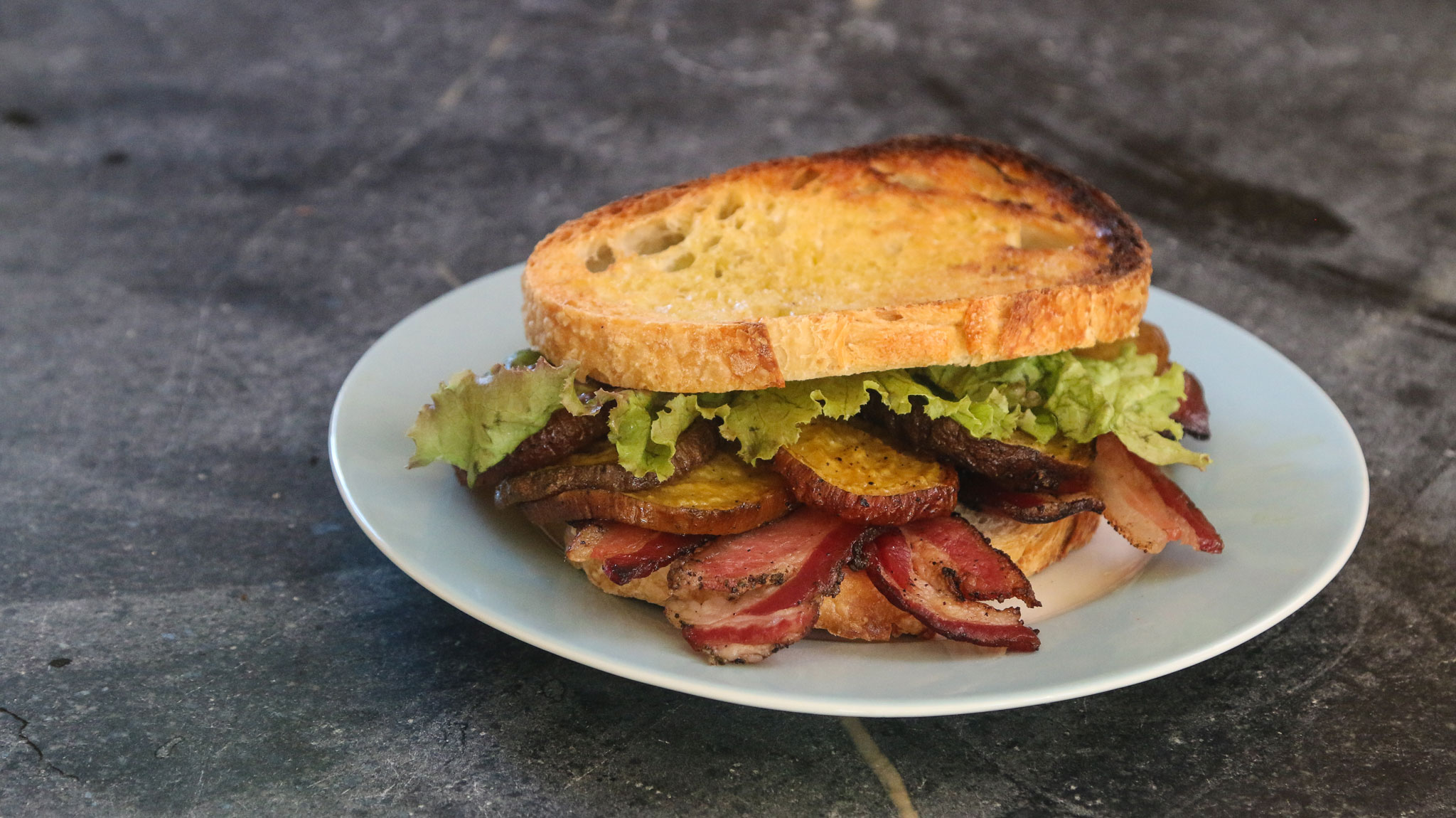 Some people like beets and some people don't. It doesn't matter, they all say "wha?" when you first explain the BLB - crispy roasted beet slices, aioli from scratch, and your homemade bacon, along with some lettuce and all stuffed between some toasted French bread. But after trying it the lovers and the haters will come together, bound by this unlikely but powerful combination, to lavish you with uncontrollable adoration of your culinary genius.

Just don't mention that this recipe was inspired by the meat-loving folks at Meat Cheese Bread in Portland, Oregon.

Preheat the oven to 425°F / 218°C. De-stem, wash and peel the beets. Slice the beets in 1/4-inch slices. Toss the sliced beets in a mixing bowl with olive oil, salt and pepper until thoroughly coated. Place the beet slices on a baking pan. Bake in the oven for 15 minutes, until starting to brown and crisp slightly. Flip over and bake for 15 more minutes.

To make the aioli, separate the egg yolk from the egg whites, and either throw away the whites or save them to make a batch of scrambled eggs. Place the egg yolk in a food processor, and pulse until the yolk is an even consistency. Add a spoonful of the olive oil and pulse until integrated. Now pour in the rest of the olive oil in a slow and steady stream while processing on high speed. Once all the oil has been added, blend in the garlic and lemon juice, season with salt and pepper to taste, and stick it in the fridge.

While the Bacon is cooking, slice the bread, brush with olive oil, and place under a broiler until just barely turn a golden color.