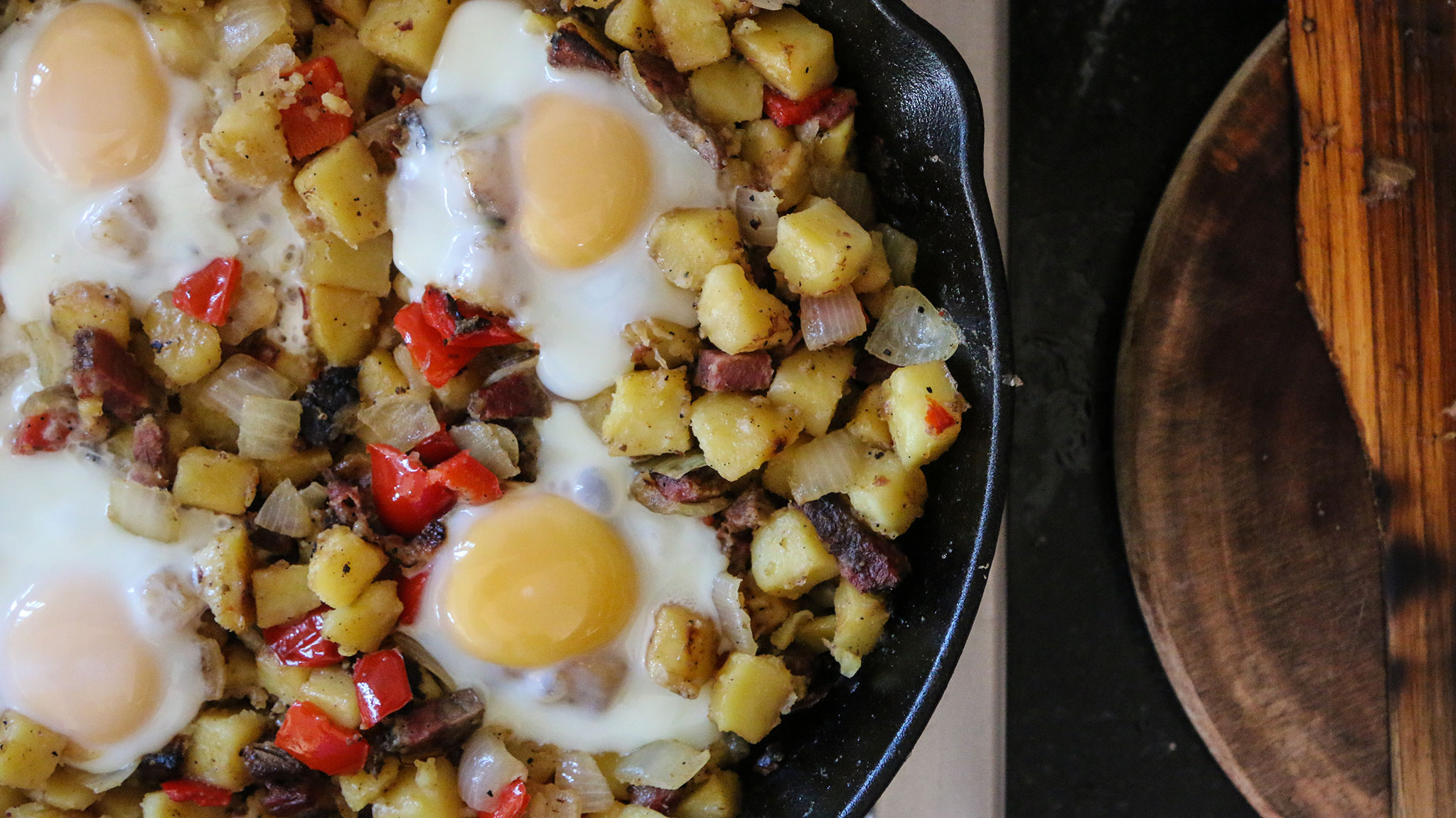 We asked Jeremy Slagle, a.k.a. Mr. Delicious, what recipe he would recommend using for Pastrami and he said, "In my not-so-humble opinion, the best use for Pastrami is between 2 slices of rye bread with a dollop of spicy mustard." But you don't need a recipe for that, so how's about giving you something a little more elaborate to make? Like, hash.

During World War II, hash became a popular dish that was used as a means of rationing meat. Take a smattering of pan-fried potatoes, onions, peppers, mix in your favorite cured meat, and top with fried or poached eggs. Most importantly, since you're rationing meat you'll still have enough leftover Pastrami for a round of Pastrami-on-Ryes.

Place a heavy 12-inch skillet, such as a cast-iron skillet, on medium-high heat. Add the goose fat or butter. Once melted, add the potatoes and cook, stirring frequently, until golden brown, about 12 minutes. Season with salt and pepper. Add the Pastrami, onion, and red bell pepper, and cook for 5 minutes, stirring occasionally, until the onions are soft.

Using a wooden spoon, pack the ingredients down into the skillet, until the top of the food is roughly even. Stir every 3 minutes, and repeat 3 times, in order to crisp the hash, for a total of 9 minutes.

Reduce the heat to low. Make 4 indentations in the hash, and break an egg into each indentation. Cover the pan, and cook for 5 minutes. Season to taste with salt and pepper. Garnish with chopped parsley. Place the skillet on a heat resistant surface on the table, and serve.