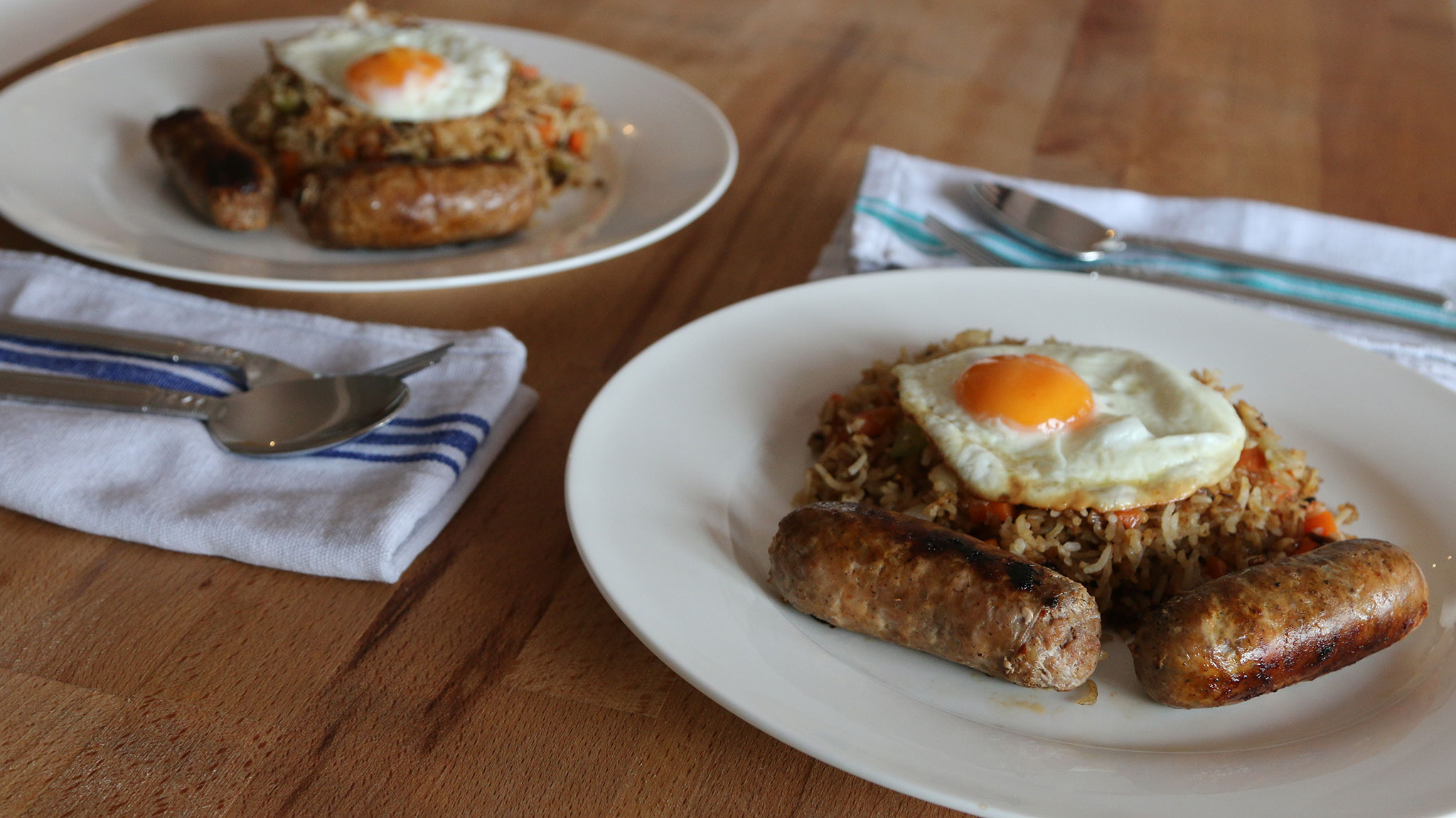 Longganisa originated in Spain, where it's spelled Longaniza. But it's a sausage that has migrated to many different countries, including Portugal, Brazil, Argentina, Chile, and... wait for it... the Philippines. Weird, right? But, the Philippines were first discovered by Magellan in 1521, and became a Spanish colony for the following 3 centuries, during which time Longganisa became the official national sausage of the Philippines. That's right, folks - some countries have national anthems, others have national sausages.

You can find Longganisa on any island across the archipelago, with each island producing a variation that they call their own. We're featuring a sweet and garlicky style of Longganisa from the Central Luzon province of Pampanga, which is just northwest of Manila. You might giggle at the 2- to 3-inch chubbies that these produce, but this is Meat Club after all, where such things are appropriate.

Annatto seeds can be found at any Mexican grocer, while sugar cane vinegar and rice vinegar are typically found in Asian supermarkets.

If you're buying the meat pre-ground from the butcher, ask them to finely grind the meat. 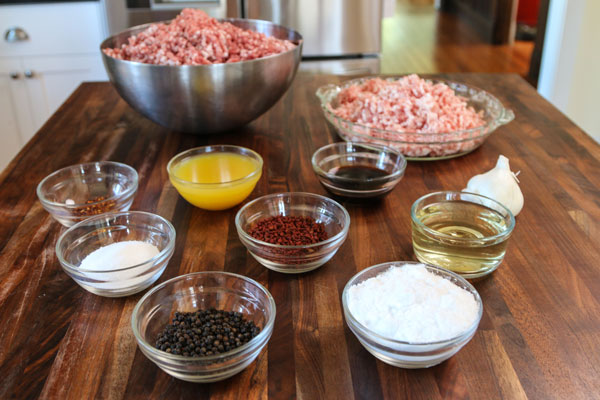 Place 3 large mixing bowls and the meat grinder attachment in the freezer around 15 minutes before use. Keeping the equipment cold will help the grinding move quickly. 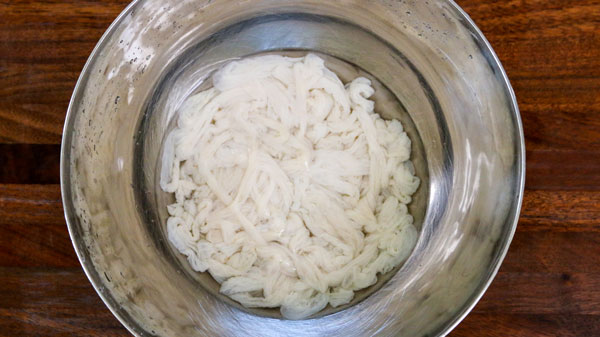 At least 30 minutes before using the casing:

Rinse the casing well. Add 4 cups water and 2 tbsp. white wine vinegar to a bowl. Place the casing in the water / vinegar mixture. 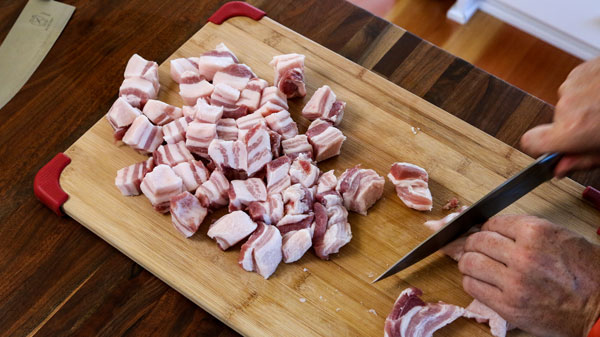 Chop the pork shoulder and pork belly into 1-inch chunks, and place them in the chilled mixing bowls.

Place each bowl in the freezer for 15 minutes to keep the meat as cold as possible through the preparation steps. 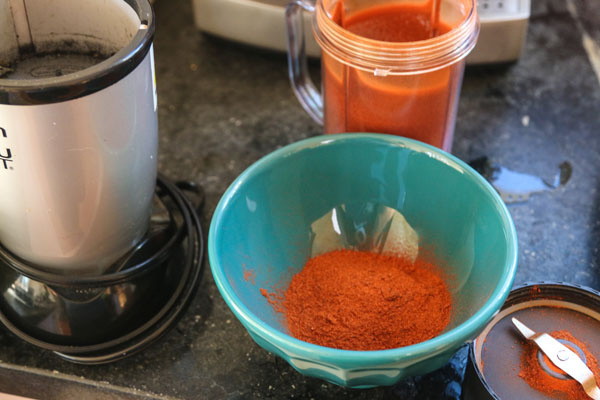 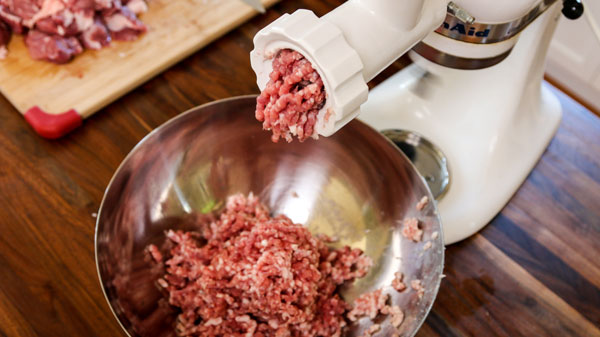 Prepare the meat grinder with the small die.

Mix the minced garlic in with the diced meats.

Grind the meat and garlic mixture through the grinder and allow to fall into a chilled mixing bowl. 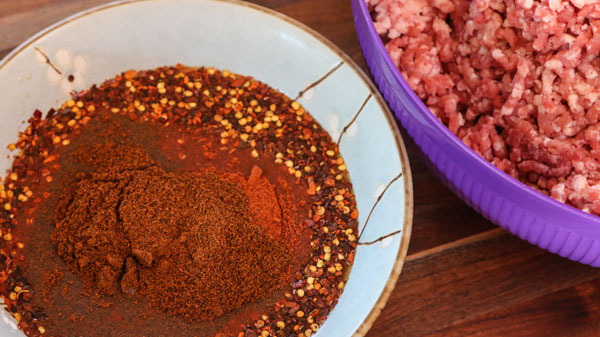 Whisk together the remaining spice ingredients with the pulverized black peppercorns and annatto seeds. Pour the spice mixture into the bowl of ground meat.

Put on some food preparation gloves and mix the spices into the ground meat until the meat is uniformly coated with the spice mixture. 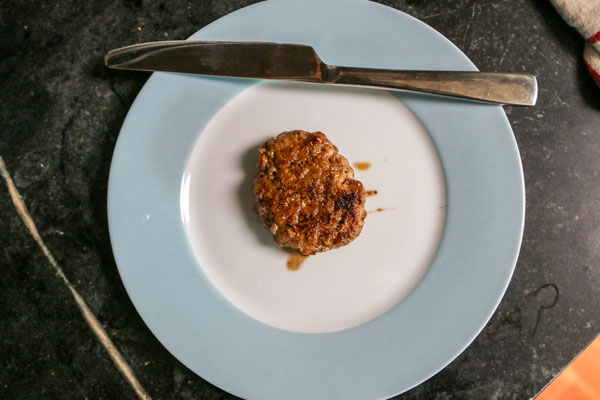 Grab a handful of the meat mixture, form it into a small patty, and fry it up in a pan. Taste, and adjust the seasoning as needed.

Meanwhile, replace the remaining meat mixture in the freezer to keep it cold. 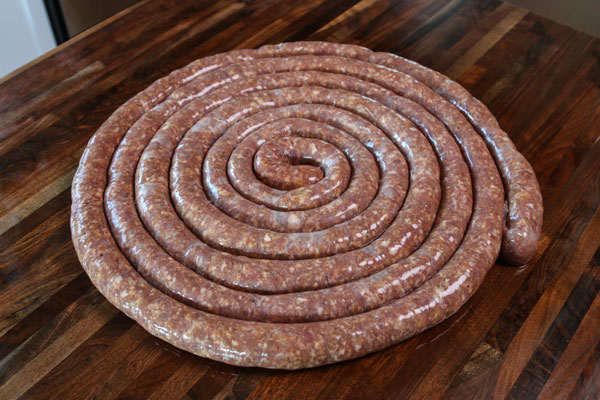 Prepare the sausage stuffer. Press the meat through the stuffer until the ground meat just barely pokes through the end of the spout. 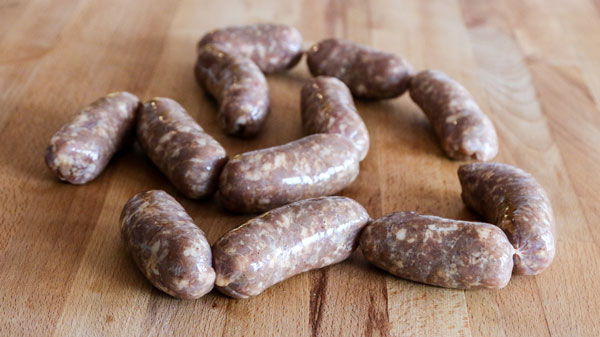 9. How do you say Fuck Yeah in Filipino?

Place the chubbies in butcher paper or sealable plastic freezer bags and use a Sharpie to label the package Longganisa: made May 6, 2015.

Refrigerate for at least 24 hours before consuming, to allow the flavors to mingle. Place in the refrigerator for up to 1 week, or the freezer for up to 1 month.

Cook the Longganisa to an internal temperature of 150°F / 65°C before consuming. You can grill it up, sauté it and serve it with eggs for breakfast, or stir-fry it up in a dish like Sinangag.